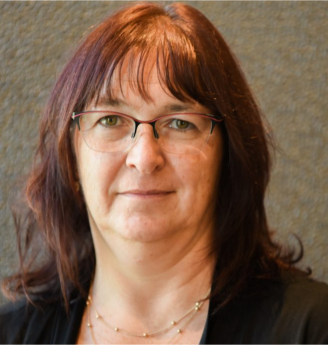 Karen Zunti was elected to the Commission Board of Directors as employee representative for the agriculture, tourism and services sector in 2014. She obtained her Horticulture Technician Journeyperson in Saskatchewan in 2001, and in 2012 became Red Seal certified as a Landscape Horticulturalist. She has been an active member of the Horticulture Technician Trade Board since 2002.

Karen works with the City of Saskatoon as an Assistant Supervisor. She has also worked in various greenhouses in the landscaping departments as a landscape designer and Landscaping Crew Supervisor. A graduate of Olds College Horticulture program, she has a Diploma in Horticulture with a major in Landscape Design.